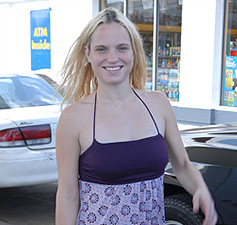 Jim’s thought, as he spasmed his own fluids and sucked Mike’s wet
pumping, was again along the lines of how good it was to give and take
at the same time. The finger up his ass kept the rhythm as well, and
both men pumped the other’s mouth until they were spent.
Barbara and Dana had finished their own tryst, and finally joined
them on the bed. Mike mumbled something about the night being the best
“focus” they had ever performed, and both Dana and Jimmy drifted off
into unconsciousness grateful for being the object of the lesson.